Languedoc is, at its heart, a thoroughly unpretentious land, oozing with a certain simple charm. Its bucolic atmosphere and painterly beauty makes for a trip unlike any other. 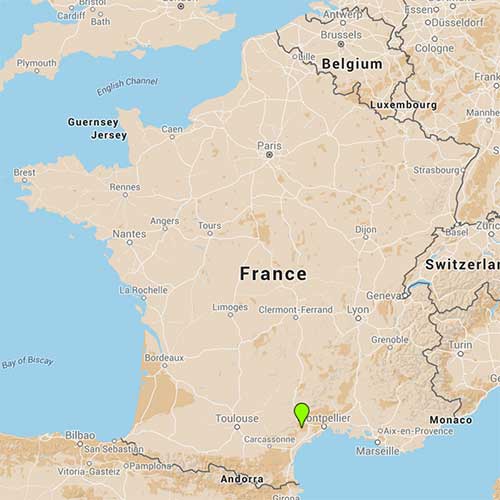 Visit the tiny commune of Le Somail as you taste the finest wines and olive oils in Languedoc.

Stay in the fairy-tale city of Carcassonne before venturing out into the vast vineyards of Corbières.

Minervois is home to some of Languedoc-Roussillon’s oldest vineyards, some of its finest wines and some of its most incredible landscapes.

Languedoc is, at its heart, a thoroughly unpretentious land, oozing with a certain simple charm. Its bucolic atmosphere and painterly beauty makes for a trip unlike any other.

For two and a half thousand years, Languedoc has cultivated a reputation for itself as a producer of high quality wines. A phylloxera epidemic in the 19th century, however, put an end to this; for two centuries after, the region, whilst being that which produced by far the most wine in the world (more than Bordeaux, Australia, South Africa and Chile combined), it was generally regarded to be largely of a middling quality. Over the last fifty years, however, the region’s winemakers have, by necessity, returned to producing the high quality of wine that Languedoc was once known for. The excellence of the wines provided today mixed with Languedoc’s reputation as a mass-producer means that these are among some of the most underrated wines in the world.

Traveling through Languedoc today, you would be forgiven for not thinking it was ‘today’ at all. Carcassonne’s Cité is something straight out of a fairy-tale, as 3km of walls and 52 towers guard the hotels, restaurants, shops and various sights within. The countryside is rustic, charming and simple (as well as being famous for its caving, walking and camping trails), whilst the city of Montpellier offers something a bit more modern – but no less historic or visually striking.

Carcassonne itself is a pretty one-of-a-kind place, with its vast Cité, a medieval fortress surrounded by 3km of walls and 52 towers. Inside are all of the hotels, restaurants and shops you could ever want. Nearby Montpellier has a slightly more modern scene, though Languedoc as a region is also one of the best in France for caving, walking and camping.

Languedoc makes an almost unbelievable amount of wine. 700,000 acres of vineyards produced around 3,000,000,000 bottles every year, in every colour and from a range of grapes. Single-varietals are rare, and most wines from the region are blends. If you’re not sure what type of wine you love most – or if you love them all equally – then Languedoc is for you.

Spain has quite an influence on Languedoc cooking – stew, beans and meat (particularly wild boar) are regional favourites, and spices tend to be Iberian and Arabic in origin. Expect a great deal of variation on local dishes depending on where in the region you are. Once you move towards the Spanish border, you’ll start finding more tapas and olive oil-based dishes.

The Carcassonne Festival, featuring over a hundred gigs, performances and shows, is the big one for Languedoc, and takes place over July every year. Montpellier is a student city, too, so you’ll never not be able to stumble upon something fun to do.